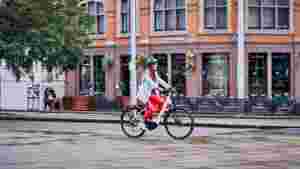 The Health Benefits
of Cycling to Work

People who don’t exercise are more likely to develop health problems: it’s nothing new. Research has told us this for decades. The fact is, cycling to work offers major health benefits that you simply can’t ignore. Here’s why you should join the active commuting wave.

Why should I cycle to work?

Admit it: how many of you have brushed off exercise with the excuse that you’re too busy? It’s something lots of us say, but actually, we should all be making a conscious effort to exercise.

If you’re still convinced that you don’t have enough hours in the day, then we’ve got a solution: cycle to work. You’ll spend time commuting to work anyway, so why not make that time count and do some exercise?

Active commuting (basically cycling or walking to work) isn’t common in the UK at all. Just 3% of all commuters cycle to work, and 11% walk. Compare this to the other end of the spectrum like the Netherlands and Denmark, where 43% and 30% of walkers cycle daily to work respectively, and you can see that as a nation, we’re actually pretty lazy.

Reduction of health problems from cycling to work

A study published in the British Medical Journal studied 250,000 UK commuters over five years and it turned out that those who cycled to work were the healthiest of the lot, and had the lowest chance of developing serious health problems.

Walking didn’t appear to carry quite the same number of benefits. Whilst those who walked to work reduced their chance of developing or dying from heart disease, there was no impact on the risk of other diseases as seen for those who cycle. This may have something to do with the distance covered. On average, those who commuted by bike rode an average of thirty miles every week, whereas those that walked only covered six miles.

Perhaps if the walkers and cyclists covered the same number of miles, then the health benefits would have been more similar. Essentially, the more miles covered on your commute, the healthier you become.

If you’re reading this thinking it doesn’t apply to you because you live a fair distance from work and couldn’t possibly cycle in, then think again.

The study showed that commuters who part-cycled to work still benefitted. It’s all about being active. Even if you catch the train to work, and then cycle from the station, it’s much better for your health compared to driving door-to-door.

Admittedly, this type of study is unable to determine cause and effect. However, after adjusting the statistics to take things like weight, smoking and poor diet into consideration, there was still a positive correlation between cycling to work and being healthy. 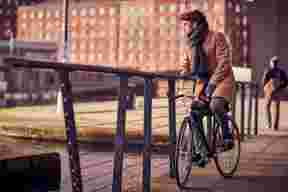 How To Increase the Number of Cycling Commuters

The good news is, that the study showed that once commuters had built cycling into part of their work routine, it no longer required any willpower. It was simply one aspect of the working week. This was in total contrast to the gym – so you don’t need to worry about your commute being a chore (or at least, no more of a chore than it already is!).

However, that may not be the only concern for potential cyclists. One point raised following the study was how the UK can be made more cyclist-friendly, as this could be a key factor deterring people from cycling to work.

Cycle lanes was one suggestion, looking to the likes of Copenhagen and Amsterdam for inspiration, another idea was to ensure that trains have enough space for bikes. Both ideas hoping to help increase the number of commuters cycling.

Ultimately, cycling has huge health benefits, and what better way to combine exercise than by getting to and from work? If you’re still looking for more inspiration to get you on your bike, then take a look at our range here. 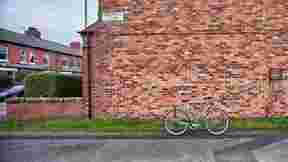